We believe that troubleshooting any car audio related problem shouldn't be that complicated or expensive provided that you have a better understanding of how the system operates and have a broad knowledge in electronics. 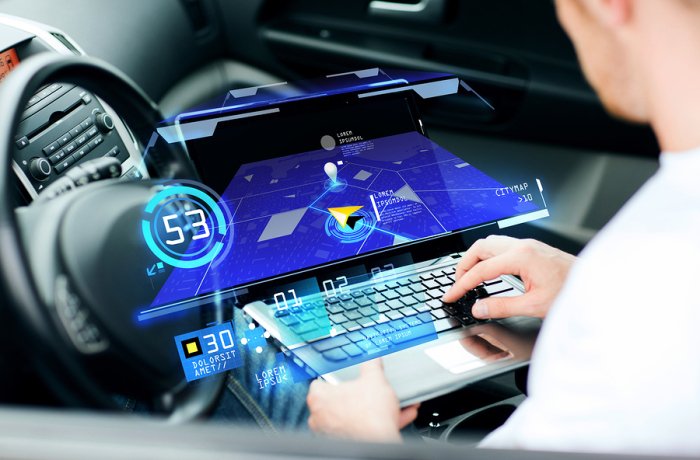 I've came across with this article regarding basic troubleshooting your mobile audio system and thought we share it:

No matter how good your equipment is, if something is acting up in your car/van/SUV/wagon’s audio system, you wind up hating the day you bought your stereo. Instead of being able to enjoy the sound, you instead have to put up with the whine or rattle that won’t go away, or wonder why you keep blowing speakers.

Tools
The minimum tool set for any kind of car stereo work should include a set of needlenose pliers, a screwdriver with Phillips and flat tips, wire cutters, electrical tape, a multimeter (or a test light, but that’s dangerous) and the manuals of every item in the system. Many problems stem from what professionals call “operator headspace” or in other words, they are not using the system properly.

The reason a multimeter is better than a simple test light is that it is diode protected. This means that current can only run in one direction in the test circuit, preventing nasty side effects. For instance, a test lamp, if placed on the wrong wire behind the dash, can trigger the airbag. This is a result not only messy and expensive, but literally life threatening.

Any Radio Shack will have an assortment of multimeters and other electrical tools from the simple to complex at reasonable prices. Another good source of car stereo tools and gear is the Crutchfield catalog. Both are available online. (Extra credit for using a soldering iron on all wire bonds.)

Start at ground level
With few exceptions, everything electrical in a vehicle is tied to a common ground, the vehicle chassis. (In the future, non-metal-chassis cars will probably have bus bars running the length of the vehicle for grounding purposes.) This common ground starts at the cable running from the battery to the frame in the engine compartment, and ends at every device in the vehicle.

One of the most prevalent problems with car stereos is a hum or whine coming from the speakers. This is usually caused by a ground loop, and/or poorly shielded electrical noise from the engine. (The reason the whine changes pitch while you drive is that it is linked to the engine’s speed.) A ground loop is a condition where an unintended connection to ground is made through an interfering electrical conductor. It is a problem where many fingers are pointed, but where nobody is truly at fault. Neither the manufacturer nor the installer can usually predict where a loop will occur.

The best solution for a ground loop is to make sure that every component in the system is grounded to unpainted body metal using a wire of good quality the same size as the line providing power to the device. For example, don’t rely on the ground wire behind the dash for your head unit. Run a fresh wire for ground, and make sure it has a sturdy connection at both ends. Then move on to the amps and any signal processing gear that may exist.

If that doesn’t work, you can also add filters to the signal lines (the ones with RCA jacks) and/or adding filtering devices to the spark plug wires and engine coil. Usually grounding the system properly is enough.

Mismatched components
Sometimes the annoyance isn’t due to a wiring problem. Buzzing, clicking, or other strange noises from the speakers can also mean that your components are mismatched. Too much or too little power will damage a speaker.

Many inexpensive speakers shout loudly on their packaging their peak wattage. This figure is only of value to the marketing department of the speaker company. Speaker wattages are a guide to how much power the speaker can handle, not how much sound comes out.

Think of a bucket. The lines on the bucket tell you how much the bucket can hold, but you have to put the water in first. You can fill the bucket to the brim and say that is the capacity of the bucket, but it isn’t very useful that way.

The thing to look for is continuous power. Think of it as the amount that can be safely carried in the bucket without getting your pants wet. This is referred to in specifications as the RMS (root mean square) power rating.

The same goes for an amplifier. If you hook an amp with a peak power of say, 100 watts to a speaker with a continuous power handling capability of 100 watts, the underpowered amp will constantly clip trying to drive the speakers, and will eventually destroy them. This may sound counterintuitive, but it is the case.

The reason the phenomena is called clipping is because when an amplifier is driven too hard, the power waveform of the amp, instead of following the sine wave of the music, becomes a square wave. On an oscilloscope, it looks like the waveform tops have been cut off, hence the term “clipping”.

This square wave is straight DC current, which causes the speaker coil to become suspended outside of the magnet, where the heat builds, and it melts. That’s why a blown speaker grinds when you push it in and out, that’s what’s left of the voice coil rubbing.

Too much power is much easier to explain. You simply blow the speaker up. So make sure the speaker and the amp have the same or very similar continuous power ratings.

Buzz in the trunk
Another nuisance is when you hear a buzzing coming from the trunk or your door panels when you are playing music. This is caused by the panels resonating at certain music frequencies, usually bass. If you listen carefully, you can even tell what tones cause the vibration.

This problem can be solved by using damping material to deaden the culprit panels. There are many products on the market for this, usually adhesive sheets of rubber or thin asphalt (yes, asphalt, it works great) that you apply. If it is a small problem like the license plate buzzing, you can solve it by using a piece of household sponge between the plate and the car. There are other methods of sound damping that the inventive (and thrifty) installer can use to deaden body panels, since they are out of sight for the most part.

The best way to ensure that your install has no problems is to perform it slowly, carefully, and after reading all of the appropriate manuals for both the car and the stereo equipment. Done well, a properly installed stereo will give you many years of enjoyment.